Meet Siddharth Pillai, An
Entrepreneur, Tech Master And A
Man Wearing Many Hats! 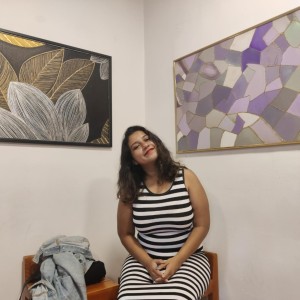 Siddharth leapt into the world of tech and blockchain in 2013 and never looked back again! He believes that the world of nomads, remote workers and entrepreneurs will benefit a lot from the revolutionary financial technology.

Sid, as we know him at NomadGao, flew out to Tokyo to work with Sony as a UX and Software Designer joining them to develop their Playstation VR Project. He spent 8 years in the beautiful alleys of Japan working not only as a programmer but also pushing himself as a founder. He used to love spending as much time as possible in nature in Japan working remotely especially going snowboarding on the beautiful mountains in Japan but Tokyo also had its share of a global mix of culture, people and nightlife to offer.

His key domain was fintech  and he knew he could help startups get their products rolling out quickly and understand what the customers want. So that’s what he did by joining Taizo Son’s venture fund after quitting Sony. Apart from that, he dipped his toes into venture capitalism to help crypto startups and builders around the world get funded. It doesn’t stop there. Even while completing his undergraduate at IIT Madras, Sid has worked with some of India’s top institutions such as ISRO (Indian Space Research Institute) and IIST (Indian Institute of Space Technology) and on satellite projects like IITMSAT.

His first venture was XYLEM (based out of Hong Kong and Japan), a blockchain-based internet access contract protocol, which did not turn out very well but set the stage for him to meet his future business partner and helped him learn the ropes of how building software and building a business are completely different things. The market was still very nascent at the time and transactions couldn’t scale and he had to shut it down after a year.

His next venture was Zorro Cash-based out of Tokyo, a convenient little software that offered businesses with crypto transactions. Initially, the focus was B2B businesses but after the pandemic hit they had to pivot into B2C by providing Buy Now Pay Later solutions to consumers. His company was recently acquired by Klarna. Since then he has been working on his new venture established in Singapore but operating out of Bangalore which aims at helping people more safely into crypto and digital assets.

It’s not just the software and the tech of things that have fascinated Sid. He also wants to push for more information accessibility on crypto and its many uses. He is spearheading crypto and Web3.0 partnerships between India and projects and investors from Japan, Russia, US, Singapore and Dubai and helping developers obtain grants to be able to do Web3.0 development full time or in their free time.

“There is so much scope for education on cryptocurrency and so many scams that people are still unaware of. I feel like there needs to be more education on how beneficial crypto can be not just from an investment perspective but also from building in crypto and working in crypto and earning from it” says Sid.

Sid is currently working from NomadGao and has been working remotely in India since he came back from Japan. He’s a strong supporter of remote work and believes that it has many benefits to offer!

“You can have more personal time, and with some discipline have a comfortable schedule in place. Even though I stay up nights or wake up early to take my international calls, I always have time to do the things I enjoy. Although, I enjoy my work more.”

If you ever see him at one of our coworking spaces, he’ll always have his head buried into his laptop, tapping away or lost in a call. That doesn’t stop him from having fun either! Sid makes it to our community events and always contributes to a good time! His time at NomadGao is divided efficiently between going to the gym, working at our coworking spaces and hitting the waves for a surfing adventure on weekends. That’s coming from someone who doesn’t really believe in the concept of work-life balance.

“I don’t believe in having that. If you’re someone trying to make something work, you have to give it your all. How else do you expect to succeed in such a competitive environment? There are hundreds of people out there trying to be good at the same thing that you are. Without those extra hours of work, how can you expect to make yourself recognized??”

He knows that remote work is here to stay, despite the many challenges it presents itself with. During the pandemic, when his teams had to go remote, he did admit that it was tough in the beginning but eventually fell into place.

“We still don’t have the appropriate tools to deal with remote work, which is something that I’d really like to change. Despite that, it’s just so much better than working from an office, having a fixed schedule and hours of emptiness that could be spent doing something better.”

Sid is also a business partner in a Tokyo-based coliving space called the Tokyo Chapter and helps in marketing automation and tech enablement for two of the biggest nightclubs in Tokyo (OR Shibuya and Bank30). We love his enthusiasm and perseverant spirit and we’re here to witness Sid’s growth in all the spaces he decides to put his energy into. He is also looking for more people who share the same vision to work and build together with.

Find Sid here, connect with him!

Linkedin Twitter
PrevPreviousNomadGao Goes for Diversification to Create a Super App
NextBangalore To Goa – How To Make The Best Of Your Workation Road Trip!Next